All Collections
Quick Start Guide
How does Keatext analyze data? What are Topics and Opinions?

How does Keatext analyze data? What are Topics and Opinions?

Learn the basics of how Keatext analyzes your data so you have a better conceptual understanding of the system.

Written by Amanda Robinson
Updated over a week ago

Once you have imported your data into Keatext, the analysis begins. This is an overview of what happens within the system when that text mining phase starts.

First, the system detects the relevant Topics in each sentence. A Topic is the main subject of the idea expressed. A sentence may contain several Topics, and a Topic can consist of multiple words.

Next, the software identifies the Opinion, such as an adjective or a verb, that describes an attribute of the Topic it accompanies.

The system then classifies the Topic and Opinion pair into one of four sentiment categories: Praises, Problems, Suggestions or Questions.

Sometimes Comments have the same meaning, but are expressed using different words, as in the example below: 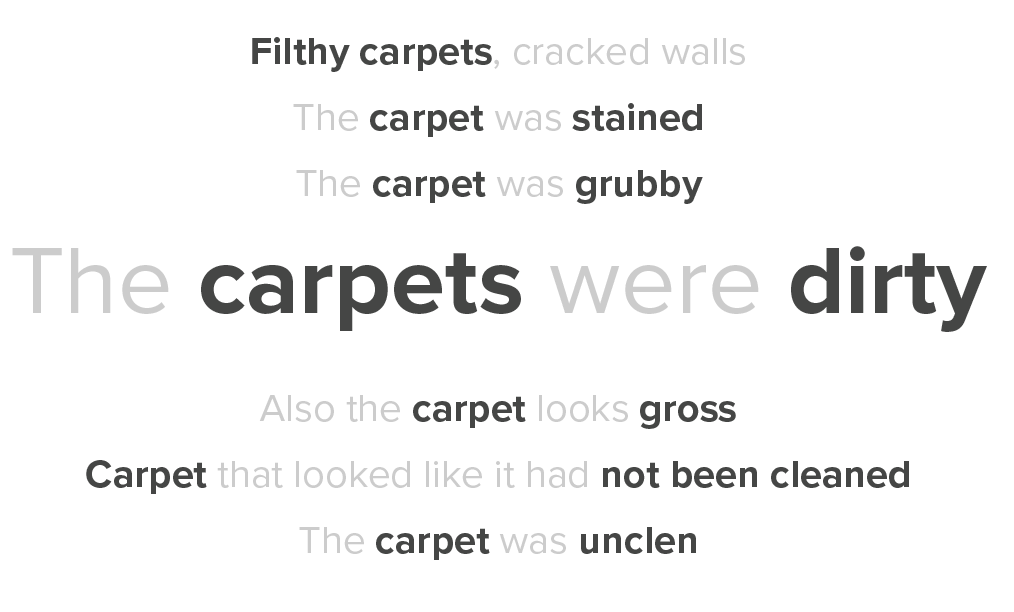 Keatext groups similar variations of the same message using deep learning. As you can see in the example above, all the Topic and Opinion pairs point to the same problem, expressed in different ways, including slang and misspellings. Within the app, these pairs are all grouped in a Comment, and the system displays a snippet that is representative of that group. This step is important to reflect the true frequency in the data of a given Praise, Problem, Suggestion, Question or Mention.

Did this answer your question?